Cordae Amari Dunston (born August 26, 1997; formerly known as YBN Cordae and Entendre), known mononymously as Cordae, is an American rapper, singer, and songwriter. Cordae gained popularity by releasing remixes of popular songs, such as “My Name Is” by Eminem, and “Old Niggas” which was a response to the song “1985” by J. Cole. Videos to both remixes were uploaded to WorldStarHipHop’s YouTube channel, which led to an immense and immediate positive response from both mainstream media and the online rap community. His debut studio album, The Lost Boy was released on July 26, 2019 to widespread acclaim and received two nominations for Best Rap Album and Best Rap Song for the single “Bad Idea” at the 62nd Grammy Awards. Cordae was a member of the YBN collective from 2018 until he left the group in 2020, dropping the “YBN” part from his stage name.

Cordae began taking his rap career seriously in the beginning of 2018. Although he hadn’t been releasing any music with them, he’d often hang around YBN Nahmir and YBN Almighty Jay when visiting Los Angeles, whom he’d initially met through social media. Nahmir had taken interest in a song Dunston made with fellow rapper and brother Simba, and reached out to him. Dunston is the only member of YBN that hadn’t been introduced through video games, as he doesn’t take gaming too seriously. He notes that he already felt like a part of YBN, with the only thing not solidifying his presence being his social media handles, which he soon changed from “Entendre” to “YBN Cordae”. He also stated that Entendre had been a name that he’d wanted to change for while, stating “I was just always around Nahmir and s**t, those were just like my brothers… And, I was thinking, yo, I need to change my s**t to like, Cordae, and s**t, my actual first name. I was already “YBN” without the social tag, you know what I’m saying?” He released his first single, which he called his “introduction to the world”, in May 2018. It was a remix of the 1999 song “My Name Is” by Eminem, which he released along with a music video via WorldStarHipHop on YouTube. Subsequently, he released “Old Niggas”, as a response to “1985” by J. Cole, followed by the tracks “Fighting Temptations” and “Kung Fu”, respectively. 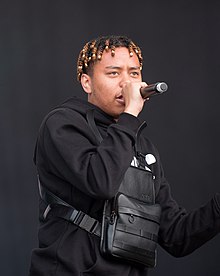